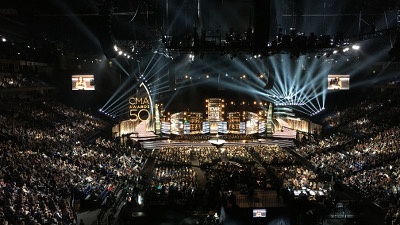 Check out the winners at 2016's CMA Awards

It was an incredible night for country music, as the Country Music Association honoured the legendary country singers from over the years, including an opening montage that kicked off with a tribute to Merle Haggard performed by Vince Gill and Merle's son Ben, through to five of the finest female vocalists paying their respects to Dolly Parton.

Plus, for the first time in a long time, no singer won multiple awards. It was great to see Maren Morris and Brothers Johnson picking up accolades, along with favourites Garth Brooks, Carrie Underwood and Tim McGraw.

Here's a list of main category winners, and be sure to check out our photo galleries for pictures from the evening.

Entertainer of the Year:
Garth Brooks

Song of the Year:
“Humble and Kind” — Lori McKenna

Single of the Year:
“Die a Happy Man” — Thomas Rhett