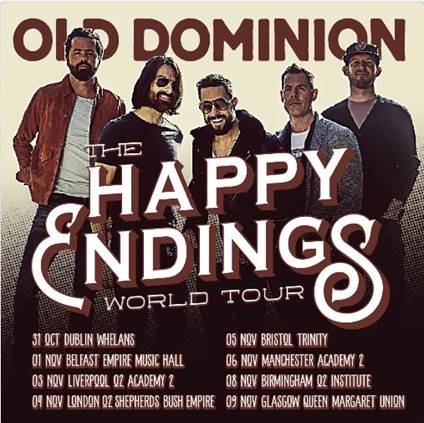 Following their tour with Thomas Rhett last year, they'll be headlining this Autumn.

Following their performances at Country to Country 2018, Old Dominion will be heading out on a headline UK tour this November.

Old Dominion are five friends, two of whom have known each other since high school, Virginians Ramsey and drummer Whit Sellers, who met Tursi and bassist Geoff Sprung (also Virginians) in college, and rounded out by Detroit native Rosen, whom the others met in Nashville, where they each moved to pursue careers as songwriters (Ramsey, Rosen, Tursi) and session players (Sprung and Sellers). In Nashville, Ramsey, Rosen, and Tursi have enjoyed major success writing for other artists, collectively scoring an impressive string of hits (including seven No. 1’s) for such artists as Kenny Chesney, Blake Shelton, Dierks Bentley, Luke Bryan, Keith Urban, Tyler Farr, Sam Hunt, and The Band Perry.

Old Dominion recently released their highly anticipated sophomore album, Happy Endings, which debuted at  No.1 on the Billboard Top Country Albums Chart  and No.7 on the Billboard 200. Old Dominion’s current single is “Written In The Sand”. Their previous single “No Such Thing As A Broken Heart” hit No.1 on the US country radio charts. Old Dominion’s first full length album Meat and Candy was certified GOLD in the US and included several top selling singles, including the two-week No.1 "Break Up With Him" (PLATINUM), "Snapback" (GOLD) and "Song For Another Time," which hit No. 1.


For more information on Country to Country go to http://c2c-countrytocountry.com/ 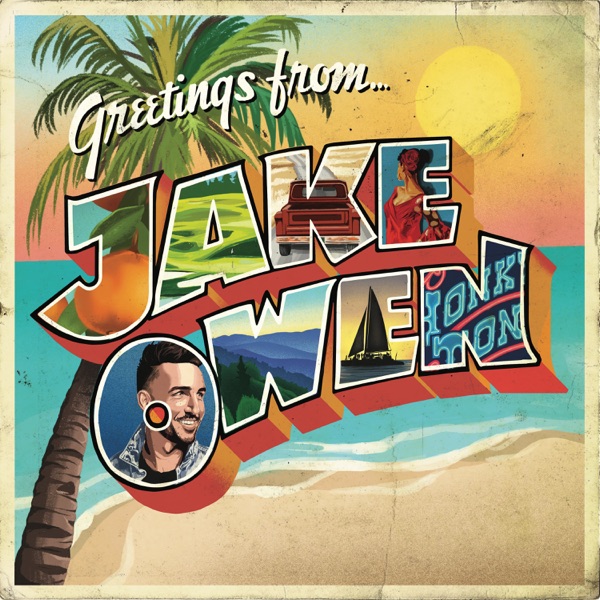