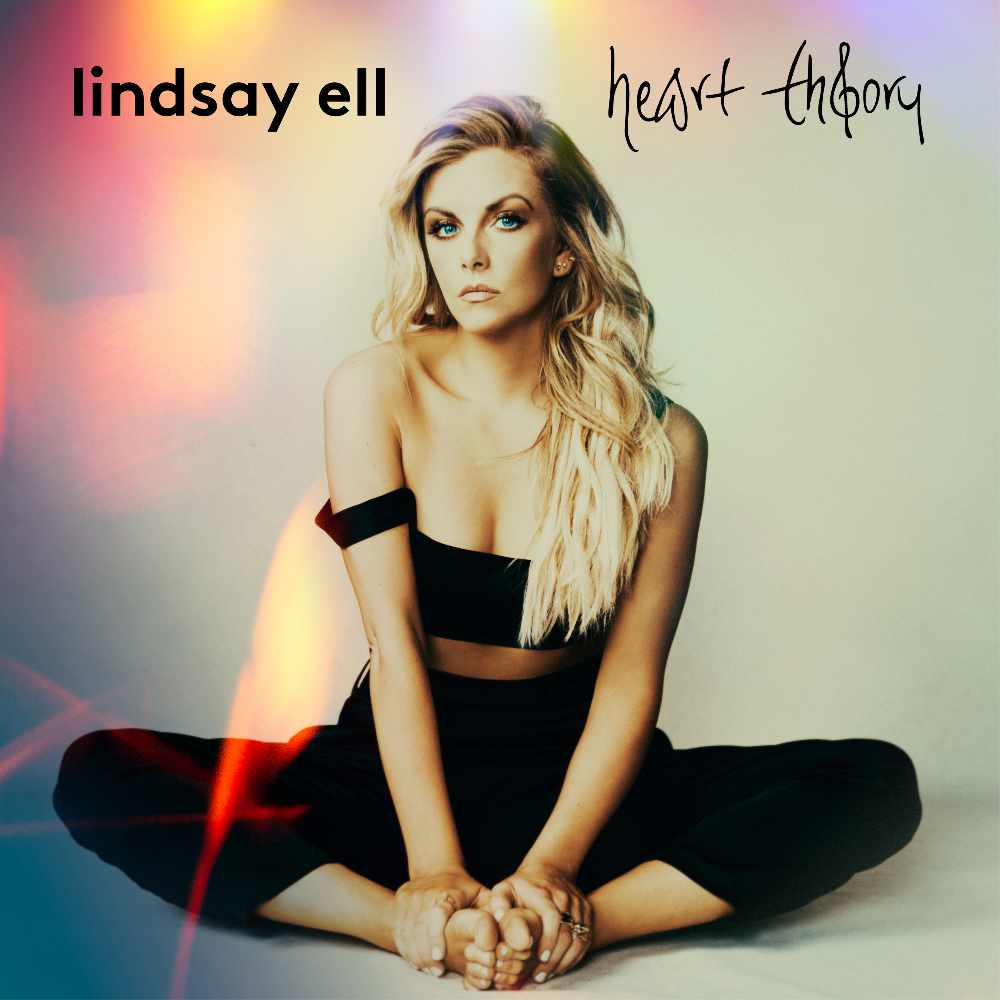 Heart Theory to be released on August 14th.

With fans clamoring for new music from her – heart theory marks Ell’s first new original album in three years – she captivated them with a digital scavenger hunt this week, teasing the big news across social platforms before revealing album details on TikTok.

heart theory is an incredibly personal concept album comprised of 12 tracks that journey through each stage of grief: shock, denial, anger, bargaining, depression, testing, and acceptance. Ell co-wrote 11 of the songs, enlisting help from acclaimed writers & artists including Tyler Hubbard of Florida Georgia Line and Brandy Clark among others on the project.

While heart theory stemmed from Ell’s personal experience, its arc serves as a source of solace for the universal process of experiencing any type of hardship.

The concept of heart theory extends to every aspect of the album – its cover art features the spectrum of corresponding colors to each stage, mirroring the music’s movement itself from dark to light, while its tracklist subtly reveals the album title through use of seemingly random capitalization.

Due to quarantine, Ell completed heart theory with legendary producer Dann Huff from a distance and two different locations. Ell takes the unique challenge posed by the pandemic to almost every element of album completion in stride: “If my last record was called The Project, this could be called The Process.”

The Project – Ell’s first full-length album – debuted at No. 1 on the Country Album Sales Chart and was named Billboard’s Best Country Album of 2017.

Ell will co-host CMA Summer Stay-Cay special on July 1 with BBR Music Group label mate Jimmie Allen. She recently marked her first No. 1 at U.S. Country radio with her Brantley Gilbert duet “What Happens In A Small Town.” Ell has amassed more than 123 million on demand streams to date and is currently nominated for two 2020 ACM awards – New Female Artist of the Year & Vocal Event of the Year.

ABOUT LINDSAY ELL:
Lauded as “one of the most exciting and talented young artists in country music” (Forbes), Lindsay Ell is a triple threat:  accomplished musician, unique vocalist and awe-inspiring songwriter. The Calgary native learned to play guitar while traveling with her father to country-bluegrass camps as a young girl. Ell honed her craft as a musical stylist and songwriter after being discovered by BTO and The Guess Who’s Randy Bachman (“American Woman” / “Taking Care of Business”) who discovered her at the age of 13. The multi-instrumentalist was soon touring alongside the likes of Luke Bryan, Buddy Guy, and Keith Urban. Ell also shared the stage with distinguished country group, Little Big Town, along with other powerhouse female artists in one the biggest moments of the 2019 CMA Awards where she was also nominated for Musical Event of the Year. Ell’s nominations do not stop there. She has been nominated for New Female Artist of the Year in both 2019 and 2020, in addition to her 2020 ACM nomination of Music Event of the Year. These nominations are well earned after Ell exhilarated audiences as part of Keith Urban’s Graffiti U World Tour, Brantley Gilbert’s Not Like Us Tour, and Brad Paisley’s Weekend Warrior World Tour. Ell’s first full-length album The Project debuted at No. 1 on the Country Album Sales Chart and was named Billboard’s “Best Country Album of 2017. “What Happens In a Small Town,” Lindsay’s duet with Brantley Gilbert, claimed the top spot at country radio, marking her first No. 1 in the U.S. Her new single "wAnt me back" is out now from her just-announced sophomore album, heart theory, which will be released August 14th. For more information visit: www.LindsayEll.com.