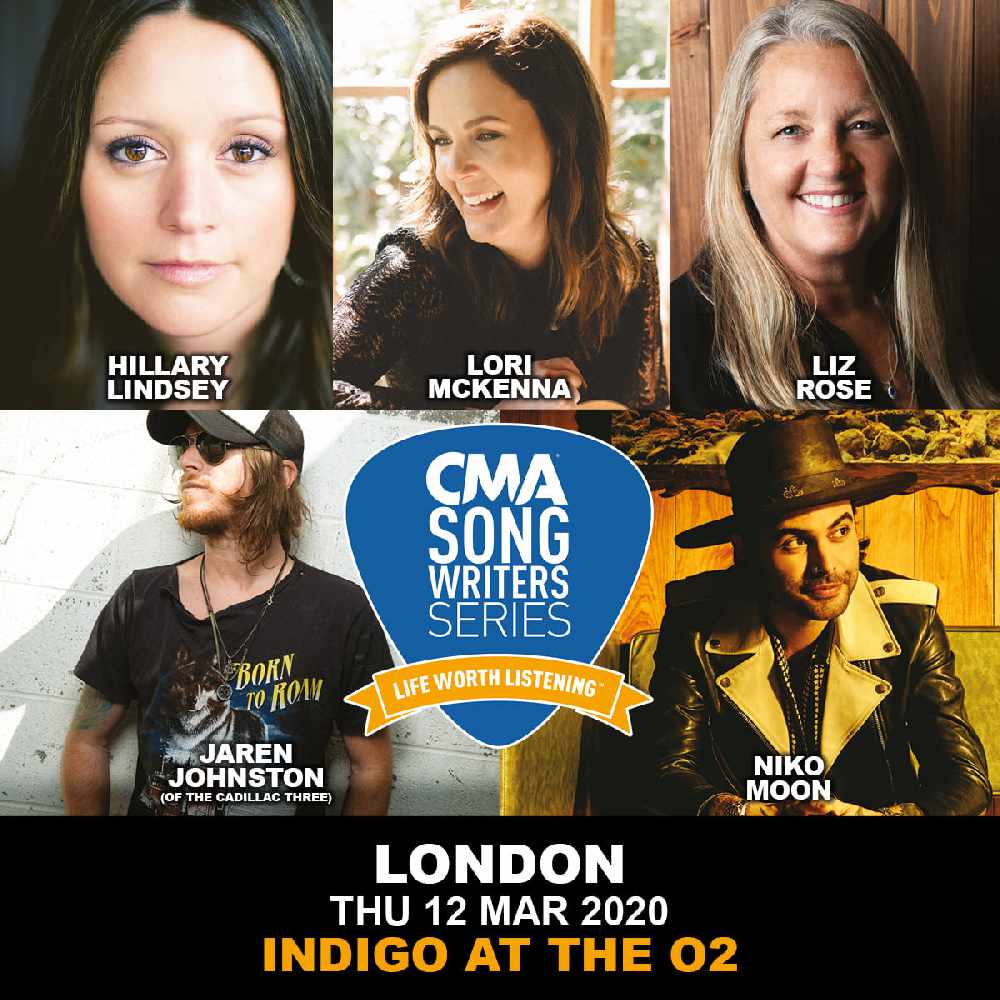 Tickets on sale Friday 22nd November at 10am

CMA Songwriters Series introduces artists and songwriters to audiences all over the world through its intimate storytelling format. Audiences get to know the performers, their journeys and the stories behind their songs throughout the two-hour seated show, as artists take turns performing their songs acoustically. Each CMA Songwriters Series is unique—the one-off performances are unrehearsed, uplifting and heartwarming, leaving audiences feeling closer to the artists and the music.

“Each year we look forward to the CMA Songwriters Series on the eve of C2C,” says Milly Olykan, CMA Vice President, International Relations and Development. “The show has become very special to the U.K. fans and to the artists and songwriters who have experienced it. There’s no doubt we’re going to see the magic happen once more with these hit writers on stage together.”

Tickets for the CMA Songwriters Series at indigo at The O2 go on sale Friday 22nd November at 10am via www.AXS.com and www.gigsandtours.com.

Jaren Johnston
Born and raised in Nashville, TN, Grammy-nominated songwriter and producer Johnston has always been surrounded by music. He got his start playing drums at a very young age, and when he was 13, his dad bought him his first guitar. Influenced by diverse artists such as Nirvana, Lynyrd Skynyrd and Tom Petty, Johnston began to explore the craft of writing songs in his teens and is now lucky enough to call it a career. Johnston celebrated his first No. 1 song with “You Gonna Fly,” recorded by Keith Urban, and has had other cuts with Urban including the No. 1 single “Raise ‘Em Up.”  His list of hit singles include: Jake Owen’s “Beachin’,” “Days of Gold” and “American Country Love Song”; Billy Currington’s “Don’t It”; Tim McGraw’s “Meanwhile Back At Mama’s” and “Southern Girl”; Frankie Ballard’s “Sunshine & Whiskey” and “It All Started With A Beer”; and Drake White’s “Livin’ The Dream."

Hillary Lindsey
With 22 No. 1 songs under her belt, Lindsey has had songs recorded by Lady Gaga, Keith Urban, Carrie Underwood, Taylor Swift, Avicii, Florida Georgia Line, Kacey Musgraves, Luke Bryan, Little Big Town, Dierks Bentley, Tim McGraw, Gary Allan, Lady Antebellum, and countless others.  Her many awards include Grammys for Best Country Song for “Jesus, Take the Wheel” (recorded by Carrie Underwood) in 2007 and “Girl Crush” (recorded by Little Big Town) in 2016. “Girl Crush” also earned honors for CMA Song of the Year and Single of the Year in 2015. It topped theBillboard Hot Country Songs chart for a record-breaking 13 weeks. Lindsey has a career total so far of four CMA Triple Play Awards (the prestigious award honors a songwriter who has penned at least three chart-topping hits within a 12-month period). She is the only writer since Kris Kristofferson in 1973 to receive three, Nashville Songwriters Association International (NSAI) Song Of the Year wins – a coveted award voted on by her peers as part of NSAI’s “Ten Songs I Wish I Had Written.”  Lindsey was also nominated for a Golden Globe for Best Original Song for “Coming Home,” recorded by Gwyneth Paltrow for the movie “Country Strong” and “There’s A Place For Us,” recorded by Carrie Underwood for “The Chronicles Of Narnia: The Voyage Of The Dawn Treader” soundtracks. In 2018, Lindsey had two songs, “Always Remember Us This Way” and “I’ll Never Love Again,” featured in the blockbuster film, “A Star Is Born,” starring Lady Gaga and Bradley Cooper.

Home, and the people who make it have captivated McKenna for years. Over the last three decades, as she became a wife and mother of five, she has also emerged as one of the most respected, prolific singer-songwriters in popular music. Her 2016 release The Bird and the Rifle netted three Grammy nominations, along with Americana Music Association nods––all firsts for McKenna as an artist. Then, she made history: In 2016, she became the first woman ever to win CMA Song of the Year two years in a row for co-writing Little Big Town’s “Girl Crush” and singlehandedly penning Tim McGraw’s No. 1 “Humble and Kind.” Both songs also clinched back-to-back Grammy wins for Best Country Song. In 2017, she became the Academy of Country Music’s first female Songwriter of the Year. The Tree, her much-anticipated eleventh studio album, was released on July 20, 2018 on CN Records via Thirty Tigers. Produced by Dave Cobb, The Tree, recently nominated for the 2019 Americana Awards Album of the Year, takes one of McKenna’s signature themes––family––and builds a tapestry of experiences she has lived and overheard, been told and dreamed up, to create a stunning ode to life’s defining relationships.

Niko Moon
Based in Atlanta, GA, Moon was a regular co-writing collaborator with Zac Brown and is credited on five No.1 Zac Brown Band hits: “Loving You Easy,” “Homegrown,” “Beautiful Drug” and “Keep Me In Mind” plus “Heavy Is The Head,” which topped the rock charts with Chris Cornell singing lead. Brown formed Sir Roosevelt with Moon and Ben Simonetti, pushing Moon’s experimental tendencies even further, melding Country, pop and EDM. That project coincided with a move to Nashville, and Moon expanded his co-writing work, landing a Rascal Flatts single, “Back To Life,” and supporting reggae/hip-hop artist Michael Franti as a co-writer and producer. During his work on Franti’s Stay Human, Vol. II, Moon’s personal journey reached a tipping point, inspiring him to make his own artistic statement. The goal of his forthcoming genre-testing debut EP is simply to be a positive force in the world.

Liz Rose
Multi-award winning songwriter Rose’s first collaboration with Taylor Swift resulted in Swift’s first two singles, “Tim McGraw” and “Teardrops On My Guitar.” This success led Rose to win 2007 SESAC Songwriter of the Year. Rose continued to collaborate with Swift on her second album, Fearless, which included Grammy Award nominated “You Belong With Me” and title track “Fearless,” along with Grammy Award winning “White Horse” for Best Country Song in 2009. She won CMA Song of the Year in 2015 for her co-written single “Girl Crush” (recorded by Little Big Town). That same year “Girl Crush” was also nominated for a Grammy for Song of the Year and Best Country Song and took home the award for Best Country Song. Recently, Rose has collaborated with Miranda Lambert, co-writing five songs on her new album, Wildcard including the first and current single “It All Comes Out in the Wash.” She has co-written Carrie Underwood’s single “Cry Pretty” as well as single “Crazy Girl” performed by Eli Young Band, which won her the 2012 ACM Award for Song Of The Year. Other artists she has collaborated with include Tim McGraw, Dan + Shay, Allison Krauss, Blake Shelton, LeeAnn Womack, Chris Young, Jill Johnson, and many more.

About the Country Music Association

Founded in 1958, the Country Music Association is the first trade organization formed to promote a type of music. In 1961, CMA created the Country Music Hall of Fame to recognize artists and industry professionals with Country Music’s highest honor. More than 7,600 music industry professionals and companies from around the globe are members of CMA. The organization’s objectives are to serve as an educational and professional resource for the industry and advance the growth of Country Music around the world. This is accomplished through CMA’s core initiatives: the CMA Awards, which annually recognize outstanding achievement in the industry; CMA Fest, which benefits the CMA Foundation and music education and is taped for a three-hour network television special, “CMA Fest”; and “CMA Country Christmas." All of CMA’s television properties air on the ABC Television Network. 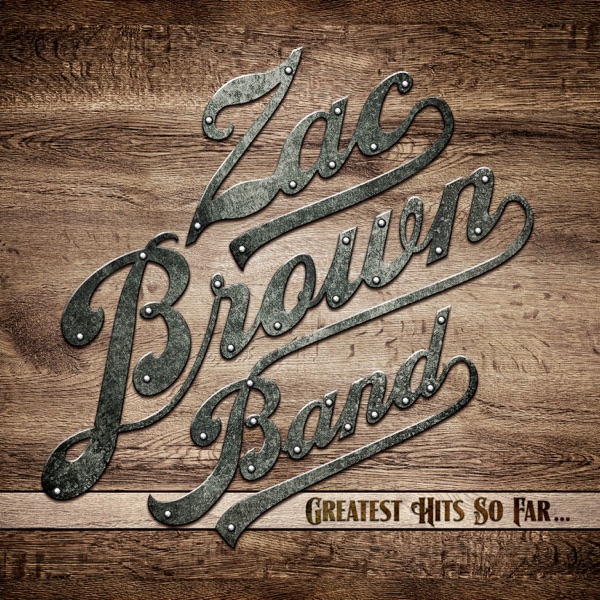